Proper transport links are vital to our prosperity. In order to develop our local economy and promote local businesses and opportunities for the next generation, we need to be connected to the rest of the world. Having secured the dualling of the A11 and North Tuddenham-Easton stretch of the A47 (with early works having now begun, and full works due to commence in 2022), upgraded rail links are the next step on that journey.

That’s why the improvement of our region’s rail has been one of my key missions since 2008 (when I first became a parliamentary candidate here in Mid Norfolk) – delivering tangible success.

I launched a campaign for ‘The Innovation Express’ between Norwich and Cambridge. Despite being only 50 miles apart, travelling between the two places is difficult and takes too long. By linking them better together with a half-hourly, much improved service with first class Wifi, we can unlock a world class “innovation corridor” linking Cambridge with Ely, Brandon, Thetford, Attleborough, Wymondham and Norwich, to the benefit of the local communities, local business and the regional economy.

This ‘Innovation Express’ has the potential to help drive growth and prosperity in our region for the next generation, playing a key role as Norfolk leads the Green Revolution that the UK must embrace if it is to become the ‘Science Superpower’ it can and should be. I was proud therefore to announce, during my time as Minister of State for the Future of Transport, that the East-West Rail project I had long lobbied for would eventually be extended beyond Cambridge – out east to Norwich and Ipswich.

Furthermore, as part of the efforts to create the ‘Innovation Express’, I successfully helped launch the East Anglian Rail Prospectus; successfully lobbied that responsibility for station upgrades and improvements should be moved to the training operated companies that actually use/have a direct interest in their prospering; secured a requirement for the new rail franchise to include a fleet of new, state of the art trains; and clinched the commitment of a new, East-West Rail station to the south of Cambridge – in order to bring about improved direct links from Norwich to Stansted Airport.

I also helped launch the campaign to secure improvements at Ely North Junction and Trowse Bridge, which are vital if we are to achieve an ‘Innovation Express’ with half-hourly services. Earlier this year, with that campaign continuing to push on, I was delighted to add renewed energy to the efforts to improve the Norwich-Cambridge Railway by co-ordinating a joint-letter with the 15 Conservative MPs for Norfolk and Suffolk to the Secretary of State for Transport to highlight how improved rail links between Norwich-Cambridge and Ipswich-Cambridge is crucial to creating a ‘Golden Triangle of Growth’ – helping us to significantly “Level-Up”, “Build Back Better” and generate the growth and prosperity in the East that will boost UK plc.

I welcomed shortly thereafter the chance to chair a meeting with the Secretary of State for Transport and the Rail Minister, along with our collective group of MPs and key local stakeholders like Greater Anglia, the Norfolk Chambers and the NRP, at which we re-emphasised the importance of the East. Although there is a very long way to go, the Secretary of State and Rail Minister welcomed our conversation and committed to working with us to explore what might be possible in the form of innovative funding models and in terms of project prioritisation to unlock progress as quickly and efficiently as possible.

Longer term, I want to see the railway become the central spoke of the A11 Tech Corridor initiative which aims to nurture science and technology companies all along the route between Norwich and Cambridge. As part of that work, I am encouraging our local councils to turn their railway stations into 21st century community meeting places and business incubators with 5G and fast access to our region’s two main growth hubs. I also continue to lobby for an East Anglian Railway Development Corporation – one that can build the number and type of homes our region needs in a way that doesn’t destroy our rural way of life, while then channelling the funds raised back into improving the railway and reopening old Beeching lines. Ideally, an elected East Anglian Mayor would have responsibility for this corporation – working to ensure our region is “Levelled Up” and can unlock its maximum potential.

There remains much work to do, but please rest assured, I remain firmly committed to pursuing this in the months ahead with all of the passion and energy I have brought to it over the past 10-15 years.

For updates on my work on this project, please do regularly check this page. 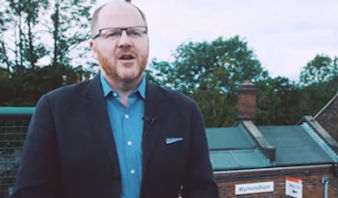 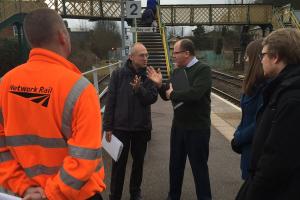 With a proper plan for Wymondham Station, this wonderfully historic site could be transformed into a stunning gateway for tourists and residents, as well as for companies and investors on their way to the nearby Research Park, but who don’t want to travel all the way to Norwich Station and then fight their way through the city’s terrible traffic. 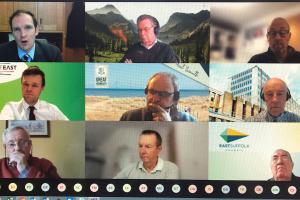 I was delighted to be represented on the Transport East briefing today – at which they began to outline their Draft Strategy ahead of the public consultation that begins at the end of this week. 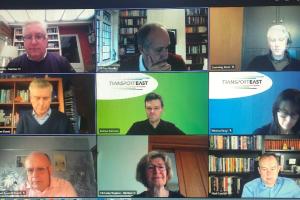 I welcomed the chance to listen in to Transport East’s virtual meeting this morning – at which the early stages of their plans to decarbonise the East of England’s transport network were outlined in greater depth. 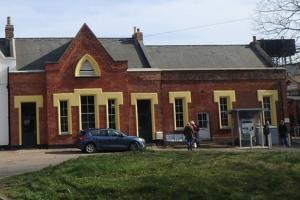 As we look towards a greener Net Zero future in which we should all be embracing healthier lifestyles. We must put People and Places at the heart of the vision for public transport and accessibility for all. 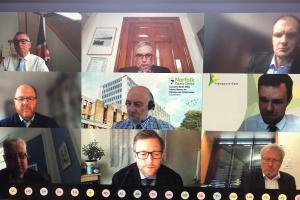 For decades, successive governments have underfunded our transport network here in the East – which is why one of my central missions as an MP has been the improvement of our transport infrastructure in this region, and why I so greatly welcome the Prime Minister and Government’s commitment to “levelling-up” the places that have for too long been “left-behind”. 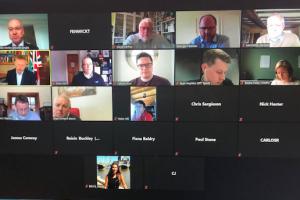 Fast modern rail is crucial to modern economies around the world. Here in the East, people are sitting in cars and trains going nowhere fast in an area that has a lot more to offer – and where we should be generating more of our own economic growth and prosperity. 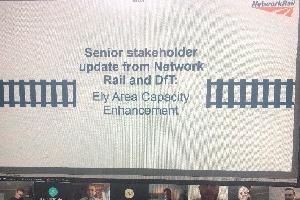 Unlocking the true economic potential of Norfolk (and the East), and ensuring that commuters have the rail services they need to travel and get to work, have been two of my key missions since becoming an MP back in 2010. 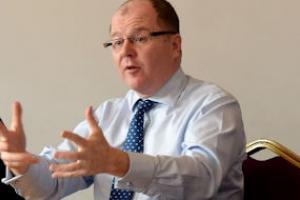 Absolutely right that the Oxford to Cambridge Arc should be a pathfinder for #Smartrail: a new Oxford Cambridge rail link – with innovative signalling and integrated Bus and Bike links. 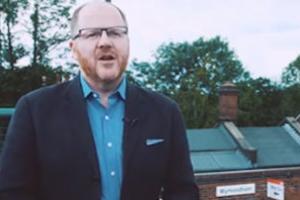 Before coming to Parliament, I spent 15 years in East Anglia helping to build, finance and manage fast-growth science and technology businesses around Cambridge and Norwich.