Elected to Parliament in 2010 after a 15 year career in the Cambridge cluster founding high-growth technology companies, George has served in the last three Governments as UK Trade Envoy, the first UK Minister for Life Science, Chair of the Prime Minister’s Policy Board and Minister of State for Decarbonisation, Disconnection & Digitalisation at the Department for Transport. He is currently serving as Minister for Science, Research and Innovation at the Department for Business, Energy and Industrial Strategy.

As Founder of the 2020 Conservatives Group of MPs, author of Britain Beyond Brexit and Chair of the Conservative Policy Forum, Freeman is a leading Conservative voice for a New Generation of Conservative Reform, Regeneration and Renewal after the divisions of Brexit and the Covid recession.

A long-standing localist committed to bold decentralisation as core to unlocking the UK as a Innovation Nation, Freeman has written, spoken and worked around the country through the Big Tent Festival and Foundation to promote new approaches to decentralised growth, levelling up and regeneration.

Freeman has written about how his politics has been shaped by his early life experience of a broken home and family turmoil. Born to jump jockey Arthur Freeman and debutante Joanna Philipson in 1967, his parents divorced soon after he was born and he had no contact with his father until he reached adulthood, growing up as a ward of court.  A campaigner for NACOA and child stammerers, Freeman has spoken powerfully about how his experiences as a child career of his then alcoholic mother with an absent father shaped his core Conservative values of the  responsibility of privilege. On the 60th anniversary of his father’s Grand National win in 1958, he founded The Bridge of Hope project to help people who have suffered a life collapse have a chance of a job in racing.  In 2009 he bought back at auction the trophy his father received as winner of the 1958 Grand National.

He counts 19th-century Prime Minister William Ewart Gladstone as his great-great-great-uncle, and his great aunt was Mabel Philipson, the first British Conservative woman in Parliament after the American Nancy Astor.

Educated at Radley College, Oxford and Girton College, Cambridge, he graduated in 1989.

Before and after Cambridge, Freeman traveled extensively in Africa, the Middle East, Pakistan, Australia, New Zealand and the USA, including a 3,000 mile hitch hike from Northern Kenya to Cape Town.

After leaving university, Freeman worked in Westminster as a Parliamentary Adviser at the National Farmers’ Union and as founding Secretary of the Rural Economy Group of Parliamentarians.

An early Conservative localist, in 1992 he founded the Local Identity Agency and worked around the UK with local councils campaigning for greater decentralisation, including a project on rural regeneration in County Durham.

In 1996 he sold the LIA to Polecon Europe LTD and returned to the burgeoning Cambridge tech cluster where he began a 15 year career founding and financing high-growth biomedical start-ups:

In 2003 Freeman founded Mind The Gap: a campaign for civic renewal.

In 2005 Freeman fought the then Labour stronghold of Stevenage with an innovative campaign “Positive Politics”.

The first Candidate to be selected via David Cameron’s A list, George was elected in the 2010 general election as MP for Mid Norfolk.

Freeman was married to Eleanor from 1996 to 2016 and has a son and a daughter aged 18 and 20. They separated in 2014 citing the pressures of juggling a young family, two careers and living apart because of politics. 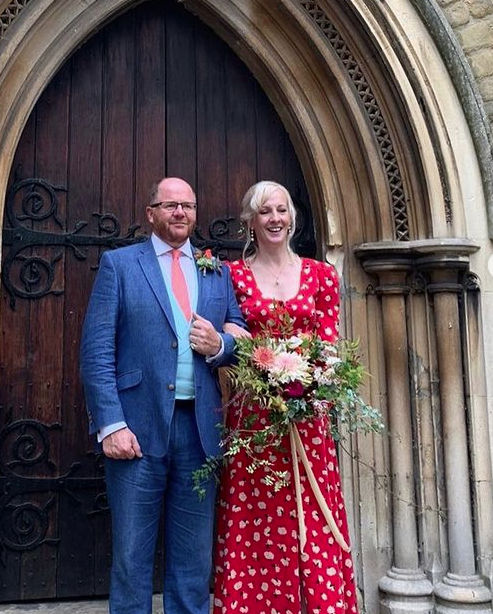