George Freeman welcomes the budget as a budget for post-Brexit renewal and regeneration across the country and calls for a regeneration delivery policy to ensure that the investment can be accessed where it is most needed. 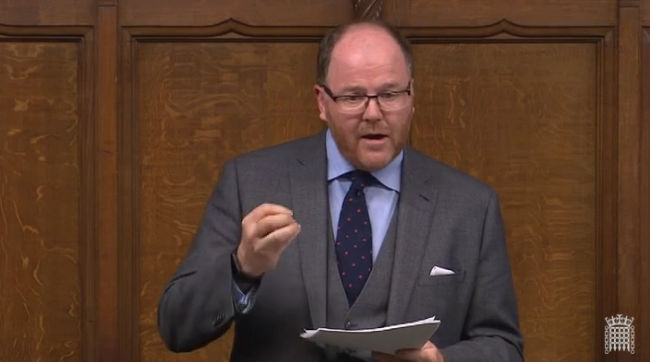 It is a pleasure to follow the right hon. Member for Kingston and Surbiton (Sir Edward Davey). I have happy memories of being in government with him in the coalition Government 10 years ago. It is also a pleasure to speak from the Back Benches for the first time since the reshuffle.

I congratulate colleagues from both sides of the House on some outstanding maiden speeches and our new Chancellor on a dazzling debut. He takes office at a time of immense challenge: flooding here in the UK; the challenge of decarbonisation; coronavirus; a global economic slowdown; and a massive challenge of delivering the promise, and now expectation, of levelling up by so many communities across the country. I warmly welcome his announcements today, in particular his genuinely historic commitment to a once-in-a-generation science, innovation and infrastructure revolution to drive connectivity of opportunity for levelling up.

It is on that last theme that I want to concentrate this afternoon. I have argued for a decade that the challenge of renewal and regeneration is the key to a sustainable post-crash economics that is genuinely sustainable: investing in a more resilient economic model; better spreading opportunity out from the city; and tackling the deep ​grievances incubated through a decade of deepening public disillusionment, back to Iraq through expenses, the banking crash, the inevitable decade of austerity, globalisation, and the process itself of the EU referendum. As I have often argued elsewhere, in my constituency and in much of the country the rise of UKIP and the 2016 referendum result was as much a roar against domestic grievances of disconnection as it was about the obvious inadequacies of the EU. We have to make this a bold moment of economic, democratic, social and cultural renewal.

This belief in renewal and regeneration is not a new crusade for me; it has been the defining mission and idea at the heart of my career—indeed, my life. I believe there is no more noble mission—whether as an individual suffering a life collapse, as my late father did, as a child from a broken home, or as a family, community, charity, company or country—than to defy the challenges you face and win against the odds. It is the stuff of life. It is what drew me into a career in the exciting world of high-growth technology companies and venture finance: the chance to have a dream with a small team, raise some money and make a profound difference.

That belief that we can, in this place, make a difference runs through the heart of the best of our democracy. It is why, after the Iraq crisis of trust, I started Mind the Gap! and Positive Politics. It is why, post crash, I led the calls in the coalition for an active industrial strategy for life science, for agri-tech, for cleantech to grow the exciting sectors of our economy with the biggest global potential. It is why after the EU referendum I was clear, as a noisy former remainer, that I was absolutely committed, as we must be, to delivering Brexit as a moment of inspiring national renewal that could work for those, however they voted in that referendum. That is why I spent the past three years setting up the big tent to capitalise on a wider conversation with people beyond Westminster, especially the next generation, to produce a vision for Britain beyond Brexit with 45 fellow MPs in our 2020 Conservative group—I am delighted to be flanked by three contributors to it—convening the one nation caucus and insisting that the Conservative party needs to discover the one nation tradition that runs through our core. It is why I campaigned for, and continue to support, the Prime Minister in his electrifying crusade to shake up the failing silos, quangos and Whitehall structures, catalyse a new energy, and deliver for the people and places that have been left behind by globalisation and so much of modern economic growth. It is why I was relishing helping to shake up the Department for Transport to better adapt to the challenges of decarbonisation, digitalisation and disconnection.

I deeply believe that if we get this right, we can make Brexit a genuinely inspiring and transformational moment of national renewal, defining ourselves not as the service economy of the European Union, but as a global science and innovation superpower, exploiting our freedoms outside the restrictive EU regulations—which I described in the “Fresh Start” report five years ago—as a global hub of technology leadership in the exciting fields of life science and agritech, where we have the ability to develop transformational technologies such as the blight-resistant potato and the drought-resistant wheats for sustainably feeding, fuelling and healing the developing world. We can use a new aid, trade and security alignment to better export our technology to the fastest-emerging markets. Here at home we can embrace bold new devolution ​deals, unlocking new leadership and new models of city and personal financing of innovation. New northern powerhouses and eastern engines can unleash economic growth and renewal, one regional economy at a time, creating new opportunities for the people and places that have been left behind. It could be genuinely inspiring, taking back control to give opportunity to the British people the Conservative way, with Brexit as a moment that we deliver the promises of the referendum and tackle the grievances that so many people who voted the other way feared would be ignored.

Given all that, and the fact that I had just announced some major funding for cycling, it was a bit of a surprise to find myself on my bike back to the Back Benches, as part of a No. 10 masterplan for Treasury, science and transport infrastructure. But Ministers come and go—it is a tough business and a team sport—and I am not here to complain. I absolutely agree with the idea of using the commanding heights of Treasury, science and infrastructure to deliver the levelling-up agenda. Projects from No. 10 can make a difference and get things done. I was involved in one when we launched the 100,000 Genomes Project—a small group of us did it and it worked. I totally understand the instinct and mandate to take the election result as a moment of bold reform.

The truth is that across Whitehall our Government are struggling to keep up with the pace of technology and digitalisation, personalisation and accountability, and voter exhaustion with bureaucracy. We will never unlock a genuine innovation economy without real reform, but we need policies that are on a scale of, but very different from, the reforms of the 1980s—the right to buy, the privatisation of failing nationalised industries, the big bang and the enterprise revolution. We need big policies that deliver big change.

As history shows, we have a woeful record in this country of delivering successful infrastructure. The UK is already massively over-centralised. The Brexit vote showed that people have had enough of London bureaucracies taking control. Local and regional economies dying through marginalisation will not be revived by an all-mighty No. 10 Brexit bunker issuing diktats. Taking back control must mean by and for them—the people we are here to serve—not Whitehall. Real regeneration and empowerment comes from the empowerment of devolution to people and places.

If we are serious about the real and lasting regeneration of places left behind, we have to take some tough decisions now about how we are going to do it and learn the lessons of what has, and has not, worked in the past—why we have failed so spectacularly with projects such as Crossrail and the west coast main line, and even worse, locally, why cities such as Cambridge, Europe’s fastest-growing city region, is still running on 19th-century infrastructure. I warmly welcome the Chancellor’s announcement on Cambridge South station today. We need to learn from what has worked, such as the London Docklands, Liverpool, the County Durham development corporation and the Olympic park.

I pay tribute to a former Member of the House who has not only written the book but done a lot of the business on this, Michael Heseltine—that lion of regeneration. No one has done more on this than he, and I commend to those who have not read it his 2012 report “No Stone Unturned”. It is essential reading for all new MPs or special advisers.​

The key lesson is that without real, investable, locally led, non-partisan engines of leadership and investment, this will not work. I am absolutely delighted and proud that we have invested £5 billion for towns, £5 billion for buses, £5 billion for stations and £5 billion for high streets—£5 billion seems to be the new chip in the Treasury strip. I warmly welcome the Chancellor’s announcement today of a £100 billion infrastructure revolution, but how is all this money going to be spent? What are the engines of renewal and regeneration that we are going to set up to be able to access that money, pull in private money and unlock local leadership? We should do that in the north, but let us not forget the coastal towns and the marginalised rural towns. How are those places, which have been left behind, going to access that money and make a difference? How does a town such as Grimsby, which has set out a brilliant strategy and has put together a little partnership board, going to access the money to do the local brownfield development, the transport links and the sustainable growth?

That applies equally to Stoke, Sunderland, Burnley, Bradford, Bassetlaw, Peterhead, Preston, Penzance. Around the country, we have promised these small cities and big towns that we will renew and regenerate. We have to have an answer to the question: how? The same is true for towns such as Watton, in my constituency, left behind even in its own county, left behind by its own local enterprise partnership, on the edge of nowhere, on the road to nowhere, but waiting, excited by this prospect. But who will make this money work for Watton ? We need a regeneration delivery policy to deliver this bold renewal: railway development companies, freeport enterprise corporations, regional infrastructure bonds. Around the country, we have to create the engines that can fund, invest and lead these projects and so drive regeneration.