George Freeman, the first Minister for Decarbonisation of Transport, responds to a debate on net zero targets and decarbonising transport outlining the Government’s Decarbonisation Strategy and commitment to the green economy and net zero. 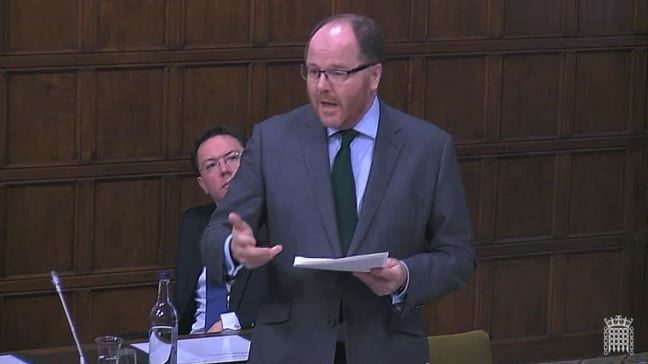 The Minister of State, Department for Transport (George Freeman)

May I say what a pleasure it is to serve under your chairmanship, Ms Nokes? In the time available, I shall do my best to set out the Government’s strategy and to deal with the many points that were raised.

First, I thank my right hon. Friend the Member for East Hampshire (Damian Hinds) for calling this debate on the importance of decarbonising the transport sector. As the first Minister for the decarbonisation of transport, I welcome this opportunity and the many contributions from Members from, I think, all parties in the House. We have seen quite a lot of expertise, including from the former Chair of the Transport Committee, the hon. Member for Nottingham South (Lilian Greenwood), and I have heard an awful lot with which we agree, including on the scale of the challenge of global climate change and the imperative of gripping transport decarbonisation now. There was an important point about avoiding climate anxiety while stressing the urgency of the situation. We do not want to depress people, particularly the young, by making out that this task is impossible.

We also heard about the real strides that we have made as a country and the need for the transport sector now to lean in and show the leadership that the energy ​sector has shown. I was particularly interested in the points that my right hon. Friend the Member for East Hampshire made about behavioural insights and understanding the real barriers to EV uptake and modal shift—indeed, we are putting a lot of emphasis on that in the strategy—and about the need for a smooth evolution of the support framework.

As the first Minister for the future of transport, focusing on decarbonisation, digitalisation and disconnection, I, with my right hon. Friend the Prime Minister, am absolutely determined that we will take an integrated approach. That means putting people and places—neighbourhoods—at the heart of the vision for transport, looking at what the transport sector needs to do to put people and places first and looking at our research and development programme across Government to ensure that we are backing the right innovations in technologies to support future green transport. To that end, we have established in the DFT a new directorate for the future of transport, which has seven workstreams and seven directors, dealing with R&D, finance, place, data, regulation, decarbonisation and the importance of behavioural insights as well of ensuring that we go with the grain of people’s aspirations for their families and their constituencies.

I do not want to take up too much time agreeing with everyone on the scale of the crisis. We have only to look to what has been happening in the past few months around the world—to Australia, to our own floods and to the rate of polar ice melt and the rising sea levels—to know that this is the defining global challenge of our generation. I can feel in this Chamber the appetite across the parties to show the electorate in this country, after the divisions of the past few years, that we are united in ensuring that we tackle it.

Let there be no doubt that this Government are 100% committed to leading—not just delivering but leading —and therefore we must accelerate our action to reduce greenhouse gas emissions to avoid longer-lasting consequences. That will mean reducing car dependency and building lower car dependency into the new houses that we are building, and that is why I was delighted last week to announce on the east-west arc, for example, that we are focusing on rail links to the new housing.

The decisions that we make will affect the future of the planet for generations to come. This is urgent. I am delighted that, as I am speaking, the Prime Minister is sitting down having just given his keynote speech defining how important this is for the Government. We will have to show new models of leadership globally, and that is why hosting COP this November is vital.

I will just take this opportunity to say that since Mrs Thatcher was, famously, the first western leader to warn of the pace of this back in the 1980s, we saw a few decades of quite slow progress until the last decade. I pay tribute to the right hon. Member for Doncaster North (Edward Miliband), David Cameron and Nick Clegg for putting together a consensus that we needed to act 10 years ago.

The Climate Change Act 2008 was the first of its kind in the world and made the UK the first country to have legally binding long-term emissions reduction targets, and we should be proud of that. Since 2000, we have decarbonised our economy faster than any other ​G20 country. Last year, with support from this House, we became the first major economy to set a legally binding target to achieve net zero emissions from across the UK economy by 2050. That will end our contribution to global climate change, but it does not mean the end of prosperity. I am equally proud that we have created more than 400,000 jobs in this sector. We need to be clear that green growth is more sustainable, resilient and globally exportable, and creates more opportunities for the next generation of people in this country.

Between 1990 and 2017, we reduced emissions by more than 40% while growing our economy by more than two thirds. Green growth works. However, we are not complacent—

Will the Minister give way?

I will not, just because I am very short of time to respond to the debate.

Delivering net zero will require genuine transformation of our economy and society, including our homes, transport systems and businesses. Although challenging, it offers tremendous social and economic opportunity, but we will have to go further and faster to build on our track record, with transport front and centre.

I shall list briefly the things that we have done. This is a very significant demonstration of leadership. Our £1.5 billion ultra low emission vehicle programme is the envy of the world. We have just announced the £400 million charging infrastructure fund, which will see thousands more electric vehicle charge points installed across the UK, both superfast chargers at motorway service stations and domestic chargers. The first £70 million of that will create another 3,000 rapid charge points. With the private sector, we are on track to deliver £1 billion for charging infrastructure. I am genuinely delighted that the Prime Minister has this morning announced the Government’s intention to bring forward the ban on petrol, diesel and hybrid cars and vans to 2035, in line with the Committee on Climate Change’s advice.

On shipping, we have the clean maritime plan. On rail, we have set the ambition to remove all diesel-only trains from the network. On aviation, we have helped to lead the world in setting up that first and seminal international agreement for emissions reduction, and here in the UK we are investing £1.5 billion in future aviation technology. Yesterday, I visited the E-Fan X, a partnership between Rolls-Royce and Airbus at Cranfield pioneering the first electric plane.

We will have to invest in science and technology longer term, as well as modal shift for healthier and happier places short term, and to that end I will shortly be announcing with my right hon. Friend the Secretary of State our first ever transport decarbonisation plan. That will set out for the first time an approach for each mode—road, rail, shipping and aviation—and an approach by place. We want to look at the worst motorway junctions and railway stations, and we want to use digital tools to help to track standard emissions per passenger kilometre. And there will be a plan for science and R&D investment longer term, including for important technologies in areas such as hydrogen and carbon capture and storage—there is a whole range of technologies that can help us to drive both the modal shift and the emissions reduction.​

This is about harnessing the power of our science and innovation and our digital economy to help lead the world in how to empower today’s travellers, passengers, drivers and households to make green choices. Imagine the power of a green Citymapper that will allow people to choose low-emission journeys and then reward them. That is very powerful and something that we need to look at.

Crucially, this will not all be done by top-down diktat from central Government; it will require—this is one reason why I welcome it—a bold new deal of devolution with towns and cities, and so I am in the process of working round all the Mayors of combined authorities.

We are short of time. Let me close by saying that if we are to achieve this objective, which we are determined to do, it will require not just science and not just devolution for modal shift; it will require, I suggest, a pan-Government approach on a par with that which we took in the build-up to the Olympics—a genuine decarbonisation olympiad, which will need to happen on a cross-party basis and inspire the next generation with the belief that we can do it.

Perhaps, with their permission, I can write to the hon. Members who raised specific questions with the detailed answers that I have written out but have no time to read out now.