Improving Norfolk’s infrastructure has been one of my central missions since becoming MP for Mid Norfolk just over a decade ago. However, I have always argued that it must not come at the expense of our rural way of life, which is what makes our corner of the world such a wonderful place to live and visit.

Having helped set up the South of the A47 Taskforce two years, I have supported their efforts to lobby Norfolk County Council Highways and National Highways officials for proper mitigation methods and support to alleviate the likely rat-running increases that would be seen during and after the dualling of the A47 between North Tuddenham and Easton, and again once the Norwich Western Link has been constructed.

That’s why I was delighted to attend a briefing yesterday, alongside Jerome Mayhew MP, Norfolk County Council officials and councillors, to discuss mitigation further – and I was pleased to see that all of the positive progress being made by the local South of the A47 Taskforce was indeed being reflected in the wider Norwich Western Link project.

Jerome Mayhew is supporting communities in his own constituency with similar rat-running concerns and I welcomed confirmation that NCC are doing all they can to look at the issue in the round – determined not to shift the problems to other communities elsewhere, and instead deliver a mitigation package that works best for everyone.

I look forward to continuing my support for the local Taskforce in the months to come. 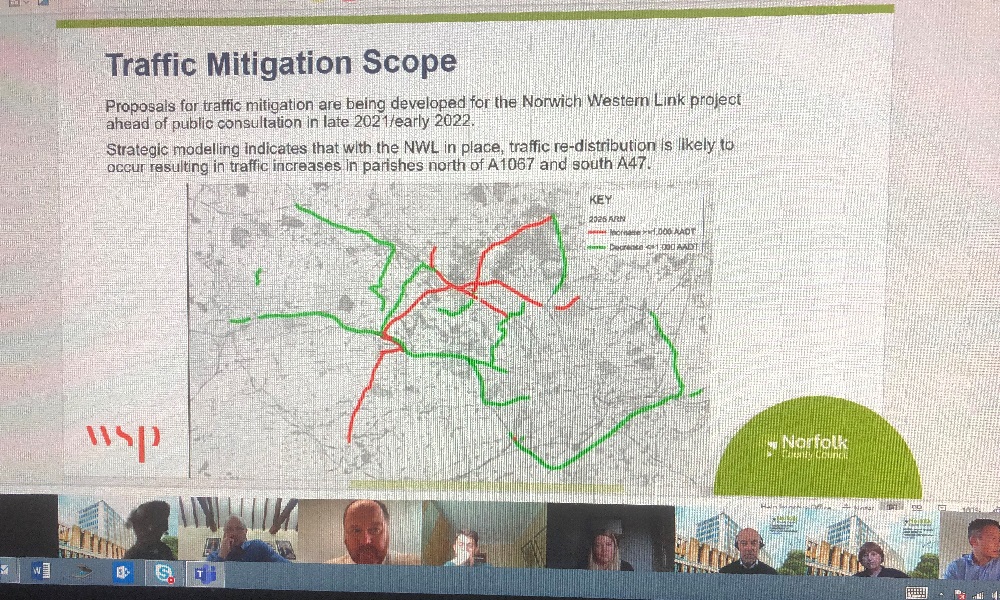