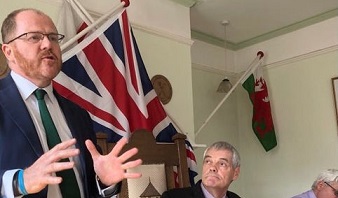 Improving connectivity in our part of the world was one of my first pledges when I began campaigning to be the MP for Mid Norfolk back in 2007.

The fact that Highways England will finally be getting on with the £300 million A47 improvements between North Tuddenham-Easton, and that Norfolk County Council are making progress in driving forward their campaign to deliver the Norwich Western Link, should be welcomed by us all. They will be two incredibly positive steps forward for our region.

That’s why I read with interest the article in the EDP this week (see here).

I agree with Jerome Mayhew MP and Cllr Martin Wilby that the Norwich Western Link will be hugely beneficial to the region, and tackle the awful rat-running plaguing communities to the north-west of Norwich. However, as I have consistently said, we must ensure that it, along with the North Tuddenham-Easton A47 dualling project, is delivered correctly – to prevent that awful rat-running being shifted to the communities to the west and south-west of the city. We cannot sacrifice those communities.

As part of my ongoing work with the local A47 Rat-running Taskforce that I support in Mid Norfolk, Highways England and Norfolk County Council Highways have now developed a proposed plan for community engagement on the key strategic Wood Lane/Berry’s Lane junction at Honingham, and on rat-running mitigation. This is good progress.

On Friday, the local Taskforce, local councillors and I will be meeting with both Highways England and Norfolk County Council Highways to scrutinise this community engagement plan in greater depth and discuss any tweaks or improvements that we feel should be made.

Rest assured, I shall continue to monitor the progress closely and, once the community engagement plan has been finalised, work with local stakeholders to ensure that it is enacted. The views of YOU as local communities is vital if we are to deliver these key infrastructure projects right.

To read more about my campaign to date, click here